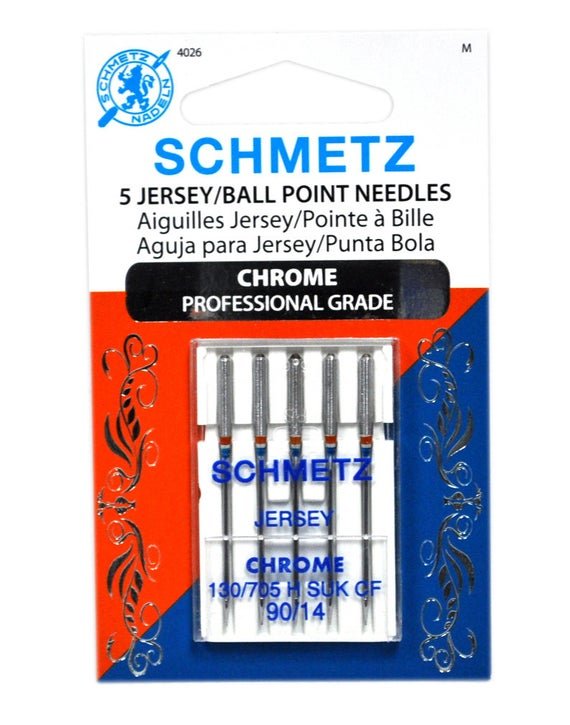 
Schmetz Chrome Professional Grade needles are made for Sewists, Quilters, and Embroidery Enthusiasts who are sewing faster and more intensely than ever before. Schmetz Jersey/Ball Point needles are made specifically for sewing knits and some stretch fabrics. The medium ball point does not damage or break knitted fibers. These needles will work all household sewing machine brands and types for which needles with a flat shank are required. Most Schmetz needles include two color-coded bands just below the shank. The top color code indicates the type of needle and the lower band indicates the size. Schmetz Jersey/Ball Point Needles will have an orange color code on the top band. The lower color band on these needles will be different for each size. Five (5) needles per card. Needle System 130/705H.

Benefits of sewing with chrome needles: